• How to get there
Located some 300 Km from Siem Reap, Stun Treng is a 5-hour road journey away. Options are coach, minivan or private taxi.

• Description
Located in the north east of Cambodia, Stung Treng town is only 50 Km from the sole border crossing into Laos, which borders the north of the province. Crossing is from Dom Kralor in Cambodia to Veun Kham in Laos, and being the only one, is quite popular. Allow a 1.5-hour drive to the border crossing from Stung Treng.
Stung Treng is a quiet, friendly country town situated on the confluence of the San River and the Mekong River. It actually sits on the banks of the San River, with the mighty Mekong coming into the picture on the northeastern outskirts of he town.
This is a very picturesque part of Cmabodia.

• Where to go
Irrawaddy dolphins: Nowadays the dolphins live mainly in the rivers and waterways of Stung Treng and the neighbouring Kratie province. The number of these mammals is estimated to be between 60 and 80 and they are often seen travelling in small groups of 6 to 10 individuals.

Mekong Discovery Trail
Covering the stretch of the Mekong between Kratie and the Laos border north of Stung Treng, the Mekong Discovery Trail is an initiative to get tourists off the beaten track and experience the river’s rich culture, ecology and historical heritage. The so-called “trail” actually comprises ten separate itineraries using existing roads, tracks and waterways – a few signs have been set up along some of the routes, but most of the time you’ll have to find your own way or come with the experts at Travel Loop Adventure.
The itineraries themselves are something of a moveable feast – most can be explored using a mix of transport depending on what suits, whether on foot, by bike, or using a tuk-tuk or car. A few also include the possibility of an overnight homestay en route. The various routes are covered in more detail in a useful leaflet that you may be able to pick up in Kratie or Stung Treng.

Mekong River Trip to Laos
The Mekong River between Stung Treng and the Laos border is very light on population and heavy on beautiful scenery. Boulder outcroppings, numerous sets of rapids, swirling pothole currents, wide sweeping stretches of river and forested landscape along the banks all await the boat traveler. It makes for a great trip, either for the traveler that wants to continue on to Laos or for those wanting to enjoy a wild stretch of the Mekong in Cambodia.
Note however that in dry season the trip may not run, or may be made difficult and quite hazardous by low water levels.

• Food and Accommodation
There is now a fair bit of choice when it comes to hotels and guesthouses in Stun Treng, from budget to small but more expensive resorts and bungalows/villas.
o Similarly for restaurants there is now a handful catering for non-Asian diners, also providing English menus. The majority offers local fayre with some influence in the cuisine from the nearby Laos.

• Health
Unlike being near the Thai border offering better medical options, being close to Laos isn’t much help as the situation there is the same, or worse, than healthcare in Cambodia. For serious illness or injuries the best bet is still to head for Thailand, from here, probably via Siem Reap (which is a 5—hour drive away.

• Safety
Common sense prevails again, and being away from the busier cities such as Siem Reap and Phnom Penh, petty crime is much reduced. If you want to explore on a hired moto, remember to also get a good-fitting crash helmet.

• Entertainment and Shopping
Woven goods are the souvenirs of choice here. Find them at the local markets, as well as the night market. 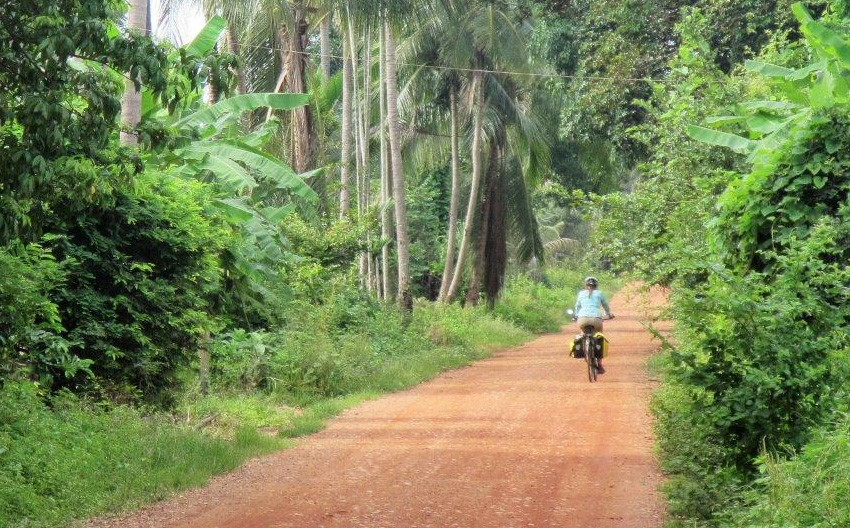