The hill town of Da Lat has long been the most popular location in the region for getaway holidays since French colonial times. Many people call it ‘Le Petit Paris’ and the town even features a mini-replica Eiffel Tower in its centre! Situated on a plateau 1,500 metres above sea level, this retreat town offers a good change of atmosphere with a refreshingly cool climate while other cities in Vietnam can be very hot and humid especially during summer. Trousers and jumpers are needed if visiting Dalat from November to around March as temperatures hover at about 10°C.

Dalat is famous for its wide variety of flowers, vegetables and fruit from its surrounding farmlands as well as countless nature sites; its beautiful landscape, evergreen forests and minority villages. The area’s main sources of income are from agriculture and the tourism industry but the city is also very proud of being an education centre that produces multi-field professionals each year including doctors and architects (Da Lat University alone has more than 13,000 students). Therefore there’s a good chance that visitors will meet with young, enthusiastic and friendly Vietnamese from every corner of the country here.

Da Lat is located some 300 Km northwest of HCMC so the choice is a long 7 hour drive or a short 1 hour flight. Vietnam is very well served with options for air travel, but if on a low budget, there are also trains and buses.

Dalat is a young city compared to other cities in the south of Vietnam such as Ho Chi Minh City (Saigon) and Nha Trang as it was founded only in the late 1890s. Once serving as the capital of the Federation of Indochina, Da Lat’s permanent image nevertheless is as a holiday resort in Vietnam’s Central Highlands, the reason for which it was originally established.

Da Lat features many interesting landmarks. Its lakes and waterfalls have long stood out as some of its top attractions while Emperor Bao Dai’s Summer Palace and the Buddhist pagodas are equally popular. Visitors can spot a good number of well-preserved French villas and chalets in the French Quarter located not far from the city centre.

It’s relatively simple to get to Xuan Huong Lake and from there you can continue to visit many other sites in town by foot as they are quite close by. The minority villages located nearby Da Lat are a must for those wanting to see the ‘real’ Vietnam as the villagers are pretty much keeping their traditional ways of life alive.

Bao Dai’s Summer Palace
Bao Dai was the last emperor/king of Vietnam and ascended to the throne in 1926. He was only 12 years old at that time. With a reputation as a man who enjoyed parties and the good life, Bao Dai spent a good amount of time in Da Lat.

His summer palace was made up of three imperial buildings with the part called Dinh 3 being the best known and most visited. Built in 1933, the restored palace is still furnished with a lot of its original furniture and fittings and offers a rich insight into the life of the royal resident. The parts that are open for the public are the emperor’s throne, office and bedroom, dining room and the empress’s quarters. Many portraits and sculptures of the royals are on display too. Photography is not allowed inside the building.

With a little over a dozen rooms, each with its own unique theme, here you’ll find tunnels, ladders, concrete kangaroos; tigers and bears. If you are lucky, you might have the chance to chat with the designer herself, as she is usually present there.

Dalat Train Station
Built in 1943, Dalat Railway Station is small but offers interesting original ticket windows with a wood-burning steam train. Visitors can also hop on for a short ride of about 5 km following the historic line to a tiny village named Trai Mat and enjoy the countryside along the way. The train operates about five times per day and needs at least a group of four to five people to be able to make the trip.

Dalat Market (Cho Dalat)
Dalat Market is similar to many of Vietnam’s city markets and is an interesting place to spend a short while to feel the vibe of the real Vietnam. It is made up of more than 1,000 shops in a few multi-storey buildings. The busy market offers interesting goods, especially local produce from wine to flowers, meat to handicrafts and cosmetics to strawberries, candy and household appliances.

Basically you can find everything here including cheap winter clothes (in case you are not prepared for Da Lat’s cool weather.) Check out the market’s food court for local specialties. 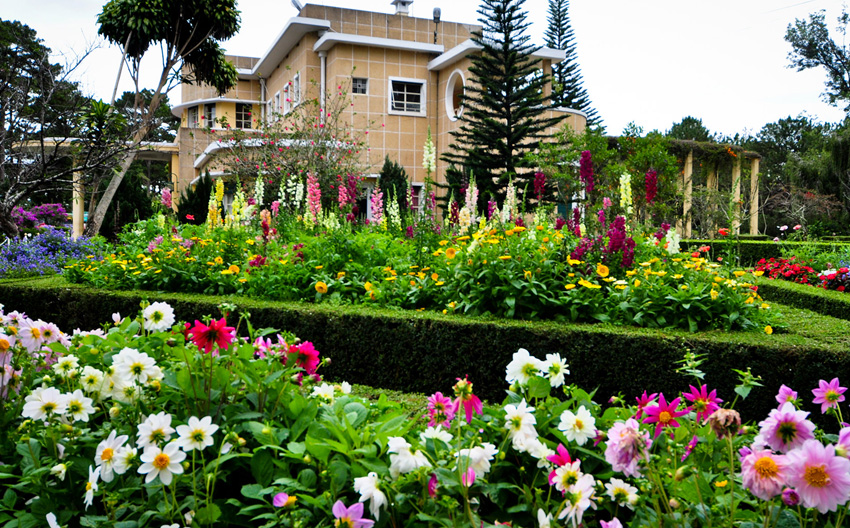 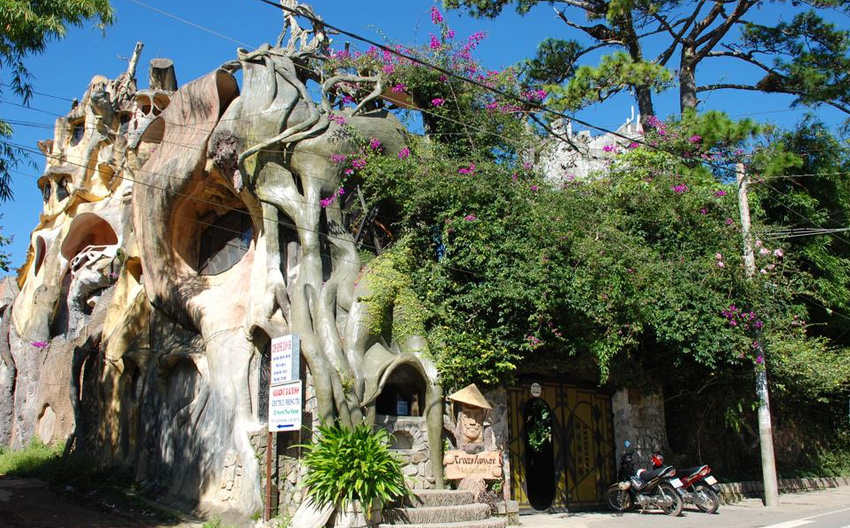 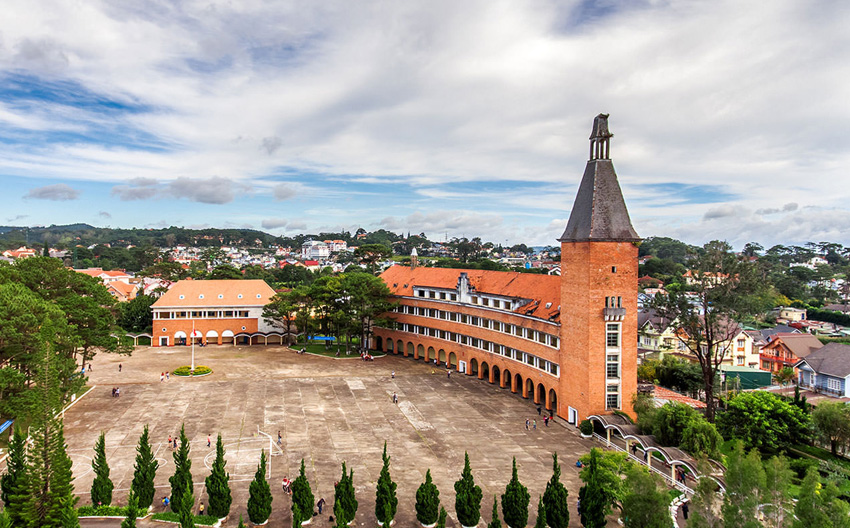 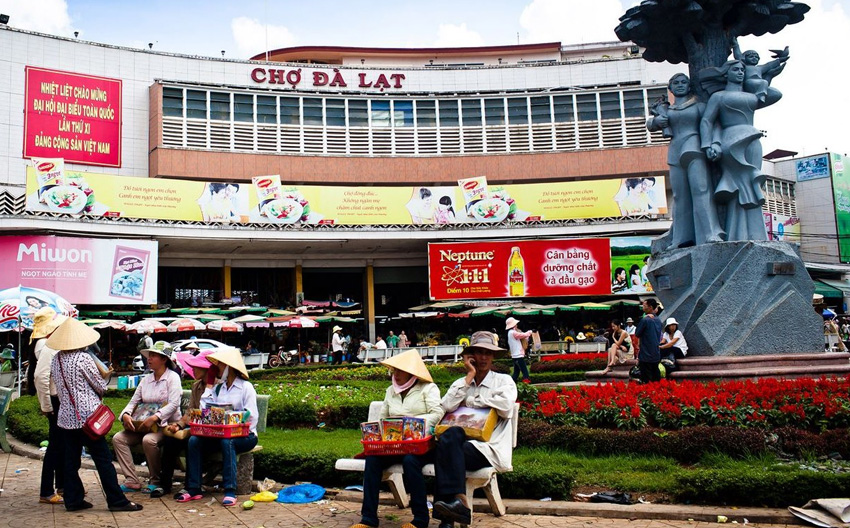