The Mekong Delta, as a region, lies immediately to the west of Ho Chi Minh City roughly forming a triangle stretching from My Tho in the east to Chau Doc and Ha Tien in the northwest, down to Ca Mau at the southernmost tip of Vietnam, and including the island of Phu Quoc.

An Giang is a province in Vietnam that borders Cambodia. It is most popular for being the place where one finds Chau Doc. The city is situated at the intersection of a tributary linking the Bassac and Mekong Rivers. Chau Doc may be a little city, but what it lacks in size it makes up for in colours and is probably the only place where pastel colours are chosen to beautify store fronts.

Chau Doc is close to the river border of Vietnam and Cambodia. Anyone who travels to and from Phnom Penh by boat will pass by the city, and staying overnight is highly recommended. Aside from the colours, visitors will also captivated by the locals; the people in Chau Doc, including the xe dap loi drivers, are nice and friendly. Foreigners need not worry too much about a language barrier—English is spoken in most hotels and guesthouses, while most restaurants have an English-language menu.

Chau Doc is located some 200 km to the west of HCMC and is best reached by road or train. The terrain makes this a 5 or 6 hour trip.

The main attraction in Chau Doc is the Sam Mountain, which is about seven kilometres north of town. The mountain is not really high, it just seems that way because of the plains of Mekong. This tourist destination is considered a local pilgrimage site because the mountain is home to many shrines and temples and there is a colourful temple at the base, and smaller places of worship on the way up the mountain. However, the most religiously significant is the Ba Chua Xu Temple, which has its own festival held between April and June.

An attraction history lovers would surely appreciate is the Tuc Dup Hill. This is where the U.S. forces failed to stop the small-scale insurgencies in the delta. The hill was guarded and dominated by the Viet Cong during the U.S. assault, which lasted for four months. Near the hill, one will see graves and memorials.

Another attraction worth visiting in Chau Doc is the Tra Su Bird Sanctuary. It has a 23-metre high observation tower, enabling visitors to see over the reserve and the stunning countryside that surrounds it.

Phu Quoc Island
Phu Quoc is a stunningly beautiful island in the far south of Vietnam, the country's largest. The region’s 99 forested mountains dominate the northern part of the island while the southern part is better known for its beaches.

The island's beauty is often compared to Phuket (its also a similar size), but without the people and infrastructure. The Vietnamese government has big plans for tourism on the island, a new airport is planned and many larger resorts will be opening over the next few years. Many consider it paradise with aquamarine water, idyllic beaches, romantic sunsets and a serene island-style atmosphere.

To get to the island you have two options; either by plane or ferry. The flight from Ho Chi Minh City to Duong Dong takes less than an hour, and you can also fly from Rach Gia in the Mekong Province. An alternative is to catch a ferry from Rach Gia, but flying is recommended.

Beaches: Anyone who's been to Phu Quoc will tell you it's hard to believe that there are so many beaches that are both stunningly beautiful and deserted in just one place. The triangular-shaped island has many good beaches, like Long Beach on the western side, which is also the biggest and where most of the hotels are located. Bai Sao, on the east coast, is a favourite spot – possibly the best beach on Phu Quoc.

Its fine white sand has many fans and most of the time you can expect crystal clear turquoise water – a postcard-like example of a tropical beach. Some others worth checking out are Ong Lang, Bai Thom and Bai Dai. Many of the island's beaches are not marked on maps very well. Go explore - seek and you shall find.

Pagodas and Temples
There are several pagodas and temples around the island that offer insights into Buddhism. In Duong Dong Town there's Sung Hung Pagoda, which is surrounded by large trees. A well-known monk built Hung Long Tu Pagoda. He chose the site, located 5km from Duong Dong Town, for its peace and tranquility. There are several other temples dotted around the island, which welcome visitors, however you should not have bare shoulders or wear shorts when you visit.

Waterfalls: Suoi Tranh waterfall is around 7km east of Duong Dong. Once you've paid the small entry fee it's a 10 – 15 minute walk along a well-trodden path through the jungle. There are many rock pools in which to take a dip, at the top there's a 4m waterfall (sometimes from January to May water can be a little lacking), the whole place has a lovely ambience.

If you want to see a more spectacular waterfall then Da Ngon is what you're looking for, the pool at the bottom is famed as a 'natural Jacuzzi'. It's located deep in the jungle so a guided tour is the best way to see it, tours take half a day. Suoi Da Ban (stoney surface spring) is a natural spring that comes up through granite rocks. The white water cascades down and some of the pools are deep enough for a swim. It's easily accessible from the road. 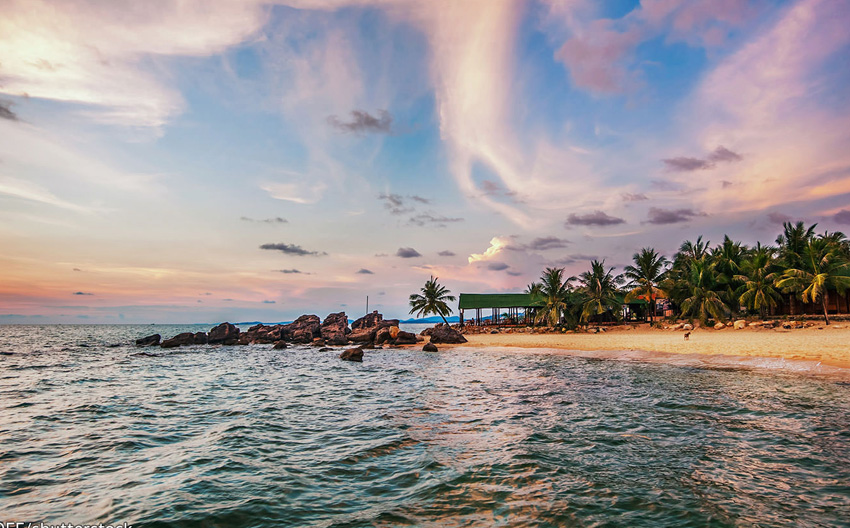 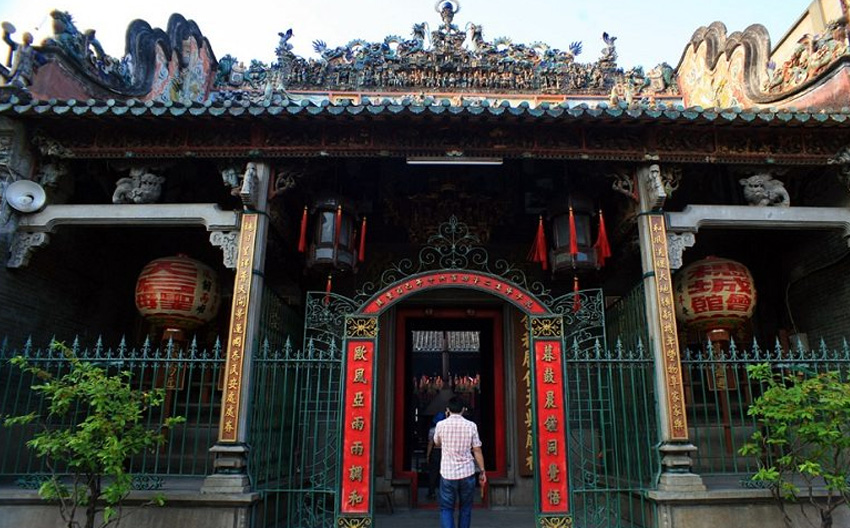 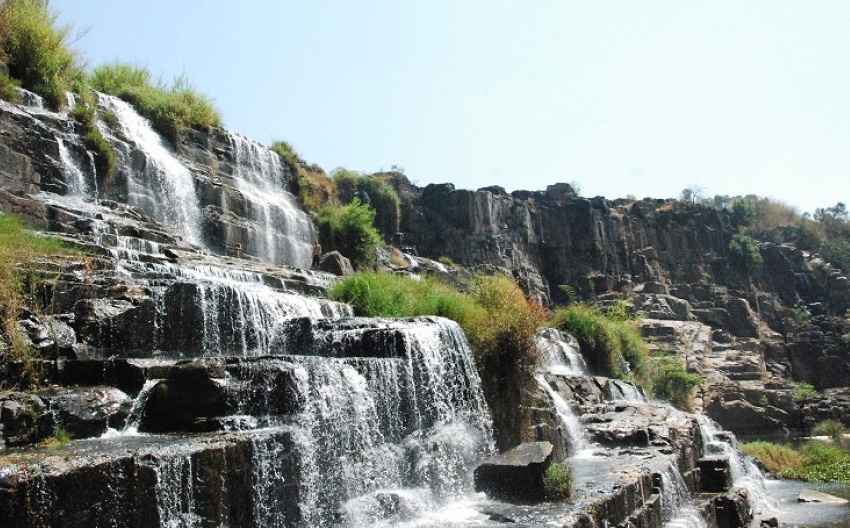