• How to get there
Kep is best reached from Kampot, being only a 1-hour drive from the riverside town. Kep is about a 3.5-hour drive, southeast of Phnom Penh. It is also well served from both Kampot and Phnom Penh with a choice of bus, minivan or taxi services available; it just depends on your budget. It is also an easy drive by tuk tuk as the road has been much improved recently.

• Description
Kep City is a municipality in Cambodia with the status of a province. Kep is just a few kilometres from the border with Vietnam located and is a very popular, relatively undeveloped, beach town. Many of Kep's mostly French colonial villas are long abandoned, but some of the town's former splendour is still apparent.

Kep’s coastline is the Gulf of Thailand and is lined with long sidewalks; on the weekend is very popular with picnicking locals. A good, paved road connects the small town with the Kampot, some 15 Km away. Koh Thonsay (Rabbit Island) is just a short boat ride away (approx. 30 minutes).

At he local market by the sea, the seafood is cheap, plentiful and delicious - particularly for crab, although overfishing is present in the size of the crabs on offer.

Kep is also home to an extensive national park with a few mountains and deep green jungle.

• Where to go
Kep beach is basically a single, kilometer-long crescent of sand near the tip of the Kep peninsula. Dining platforms and seafood vendors line the road behind the beach. The beach area is busy with locals on weekends but often deserted during the week.

There is a very popular seafood market where you can buy fresh prawns, fish and crab, then have it cooked by one of the many kitchens for a small fee. Great with a cold beer.

There are also several cafes, bars and small restaurants lining the road by the sea, a very pleasant place to pass a few hours.

The road through Kep traces the coastline to the beach and then circles back on itself. Be aware that the loop one-way and the police do occasionally enforce the law, levying fines against violators.

Kep is the departure place for Rabbit and the other small islands just off the coast. You will find ticket agents and boats at the pier, just a little further along the coast.

• Food and Accommodation
Kep is small and therefore hotel rooms can be quite limited. There are around 15 hotels in Kep and several more basic, smaller guesthouses.

Similarly restaurants are mostly concentrated in the coastal strip. Kep is also quite spread out and transport limited to tuk tuks – Kep is best explored by motorbike or tuk tuk. Motorbikes can be hired in Kampot.

• Health
Again, as in most of Cambodia’s small towns, Kep’s medical facilities are few and far between. The only real hospital is the relatively new (2012) Sonja Kill Memorial Hospital back in Kampot town.

As before for anything serious, medevac and medical insurance is highly recommended.

• Safety
Kep is a small, sleepy seaside town and compared to the major tourist areas, petty crime is almost non-existent and so while you need to take care, the risk of an incident here is much less.

Use common sense as outlined for the other major tourist spots.

• Entertainment and Shopping
Kep is not a place for nightlife or shopping. Other than a few Khmer beer gardens, your hotel is likely to offer the best place to relax in the evening.

Shopping is also limited to a few souvenir shops and a small market. 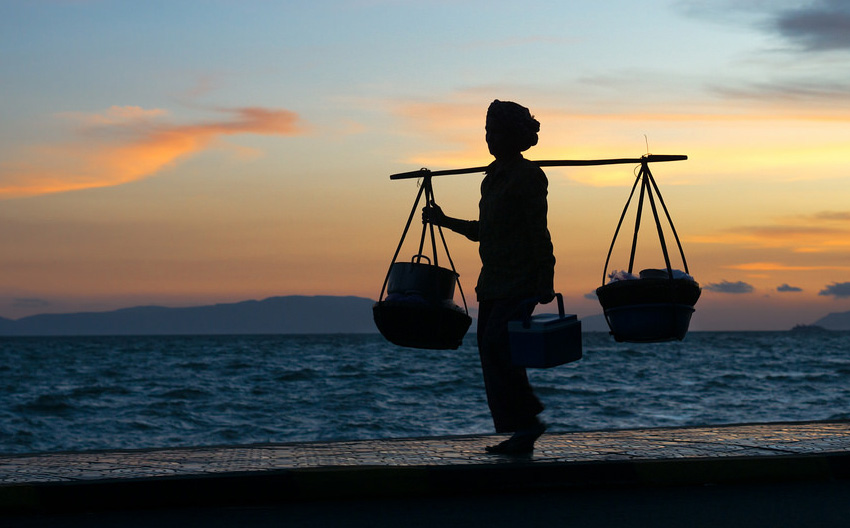