TRAVEL DESTINATION –MYANMAR
Myanmar (formerly Burma) is a Southeast Asian nation of more than 100 ethnic groups, bordering India, Bangladesh, China, Laos and Thailand. Yangon (formerly Rangoon), the country's largest city, is home to bustling markets, numerous parks and lakes, and the towering, gilded Shwedagon Pagoda, which contains Buddhist relics and dates to the 6th century.
A young democratic country. Following the softening and then removal of a fifteen-year tourism boycott led by the National League for Democracy – Myanmar’s leading political opposition party – tourist numbers have swollen but the infrastructure has not yet grown to accommodate them all. Although this means that finding a cheap bed is harder than before, it does make this a fascinating time to discover Myanmar’s glittering golden stupas, bountiful rice fields, enigmatic ruined temples and picturesque mountain paths. Most memorable of all, though, are the encounters with people eager to introduce foreigners to their country and their culture. What remains to be seen is whether today’s modest political reforms translate into lasting change.

There is more to Myanmar than Bagan, though the former Burmese capital is probably its main feature. The towns in this region are called 'lost cities of the dry zone' for a good reason: The area is known to be arid and dusty most of the time, specifically from March to May; during this time, the daytime temperatures are at their highest. The ideal time for tourists to come to the region is from November to February.

One of the best places to visit in central Myanmar is Popa Daung Kalat, or better known as Mt. Popa. It is regarded as the country's Mt. Olympus. The mountain, which is believed to be the core of an extinct volcano, is a popular pilgrimage site and a significant ‘nat’ worship site in Myanmar. Found at the foot of the mountain is the Mahagiri Shrine which features 37 representations of nats (spirits). On top of Mt. Popa is the Taungkalat Monastery, which is the home of the 37 nats depicted in the shrine below.

If it’s a beach you are after then head to the south to Ngapali where you will find some of the most unspoilt coastline left anywhere in the world.

Where to go in Myanmar?

Provinces/Cities:
Myanmar has a population of around 55 million people. It is divided into seven states and seven regions, formerly called divisions. Regions are predominantly Bumar (that is, mainly inhabited by the dominant ethnic group). States, in essence, are regions that are home to particular ethnic minorities. The administrative divisions are further subdivided into districts, which are further subdivided into townships, wards, and villages. Myanmar is essentially a country of more than 65,000 villages. 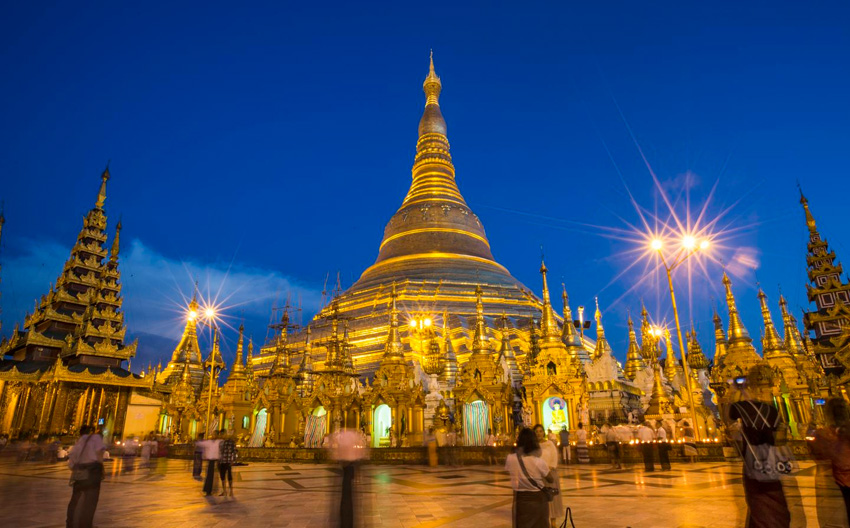