While it’s tempting to dramatise Kanchanaburi’s World War II history, there is in fact so much more to the city than the popular trios: Death Railway, Bridge over the River Kwae and the Allied War Cemetery. The city offers a range of delightful diversions, whether bamboo-rafting journeys along the River Kwae, Khmer temple ruins tour, or a day out shopping at the gemstone village. The scenic riverside area sets the stage for a leisurely stroll but can also become loud at night due to music from karaoke bars and discos.

Although a year-round destination, the best time to visit Kanchanaburi is November to February, when temperatures are relatively cooler than the rest of the year. In the peak of summer (April), Kanchanaburi is one of the hottest places to be, so it’s best to avoid coming during that time.

• How to get there
Only a few hours from Bangkok by bus, there are many relatively cheap options to get to Kanchanaburi. Heading West, the trip should only take 2 to 3 hours. Coming from further afield, the best route as always is through one of Bangkok’s 2 International airports.

• Food and Accommodation
Kanchanaburi’s dining scene is not the most varied. In terms of taste, though, it’s not lacking and looks often deceive. While most eateries seem to feature the same offerings on its menu, occasionally you come across a new crop of restaurants where creativity is definitely featured on the menu.

In the city centre, the riverside is where to go for a great meal with a great view. Over the years, backpackers have descended on the Mae Nam Kwae stretch for budget meals, and now this busy strip has become known as the Backpackers’ Street. Lining the riverbanks, a handful of guesthouse restaurants cater to the pockets of budget travellers but there are several upmarket hotels in and around town. You will find floating restaurants and upscale dining establishments flanking the northern and southern sections of the Bridge over the River Kwae.

• Health and Safety
Being only a few hours from Bangkok, for anything serious requiring specialist treatment, head for the capital. For minor ailments and injuries there are several clinics and hospital in the town. While still a popular tourist destination, Kanchanaburi has little crime compared to the more lively resorts which are not only a draw for tourists, but for those who prey on them.

• Where to go
Peppered with a wealth of natural and historical attractions, Kanchanaburi features a host of sightseeing opportunities no matter where you go. World War II memories have a prominent presence in the city area, with a number of museums and war memorials dedicated to the many lives lost during the Japanese occupation.

But a trip to Kanchanaburi can certainly be more than a war remembrance, as it offers an endless number of recreations and natural excursions. Erawan National Park, with picturesque waterfalls and caves, offers a delightful escape closer to the city centre. Thong Pha Phoom is an oasis filled with natural wonders. Discover a range of experiences from natural hot springs to waterfalls to mountain-hugged water reservoirs and an abandoned mine with a scenic viewpoint of the verdant landscapes around the Thai-Burmese border. Further northwest is Sangklaburi, a wild jungle town with untouched rural life and a pleasant down-to-earth vibe.

Bridge on the River Kwae
This reconstructed iron-rail bridge has become the immortal symbol of the Death Railway’s 414-km stretch. Linking the two sides of the Kwai Yai River, the bridge is perhaps the most photographed landmark in Kanchanaburi and has attracted travellers from all corners of the world. The one standing today is actually a reconstruction of the original bridge built by the Allied POWs under the Japanese army, which was bombed and destroyed in 1945 after being in use for 20 months.

Set against a scenic backdrop of the river, the bridge is still used today. You can walk on it and cross over to the other side of the river, but be careful of trains (twice a day) and motorcycles sharing the narrow path. It’s a good idea to drop by the JEATH War Museum before you actually head to the bridge, to learn about its history and stories behind the construction of the Death Railway.

Death Railway
Stretching 414km across western Thailand and into Burma, the Death Railway is a standing testimonial of a story that many wish had never happened. Started in 1942 by Allied POWs, under the orders of the Japanese army, the construction was finished 16 months later, three years and eight months short of the original timeframe. It cut through some of the most rugged terrains – limestone cliffs and craggy mountains – resulting in over 100,000 deaths due to sickness, malnutrition and exhaustion. This rail route linked Thailand’s Ban Pong (Ratchaburi) with Thanbuyuzayat, Burma, to carry supplies across into India.

You can trace the Death Railway route by hopping on the train at Tha Kilen Station (near Prasat Muang Singh) to the terminal station at Nam Tok (Sai Yok Noi Waterfall). This 77-km section passes through the most beautiful section of the Death Railway – as it crosses over the wooden viaduct hugging the cave-ridden cliff – and some of the most picturesque countryside in the country. The journey takes two hours.

JEATH War Museum
Before heading over to the Bridge over the River Kwae, it’s a good idea to stop by this museum first for a bit of history and stories behind the construction of the infamous Death Railway. The museum is housed inside the exact replica of the Prisoners of War’s bamboo huts, built on the original site of the first wooden bridge across the river.

The dark, cramped interiors display a collection of photographs from the days when the construction took place (1942-1943) and the living conditions that the POWs were forced to endure, accompanied by real accounts of the event by the POWs themselves as well as their relatives, friends and writers of that time. These stories help bring a context to the scene where the reconstructed bridge now stands, and you will appreciate the sight a little more.

Kanchanaburi Allied War Cemetery (Don Rak)
Amidst the sound of traffic and ongoing life is the final resting place of those who lost their lives during the construction of the Death Railway. The second you step inside, complete silence pervades. The name plaques of nearly 7,000 Allied POWs are spread neatly across the cemetery’s landscaped grounds. Out of some 100,000 labourers who died during the construction of the Death Railway, 16,000 were Allied POWs, the rest were Thai and Asian forced labourers. Smaller and less visited; the Chung Kai Allied War Memorial (across the river, three km south of the Bridge over the River Kwae) houses the graves of 1,740 Allied POWs. Volunteers maintain both.

Prasat Muang Singh Historical Park
A cultural highlight not far from the city centre, this popular archaeological site features four 13th-Century Khmer-style ruins and an ancient human burial site. The main ruin is an ancient temple, built from laterite stones and set on a rectangular base, with a corn-shaped prang standing at its epicentre. Four cloister walls and four entrance gates with stone-carved lintels surround the temple. Archaeological evidence suggests heavy Khmer influences in the area and that the temple was built as a place of worship for Mahayana Buddhists.

Strolling around the grounds of Prasat Muang Singh can be extremely hot, as there are few shaded areas where you can take a rest. However you can rent a bicycle and explore the ruin site on two wheels. Enjoy the beautiful panoramas of the Kwae Noi River from the front of the temple. 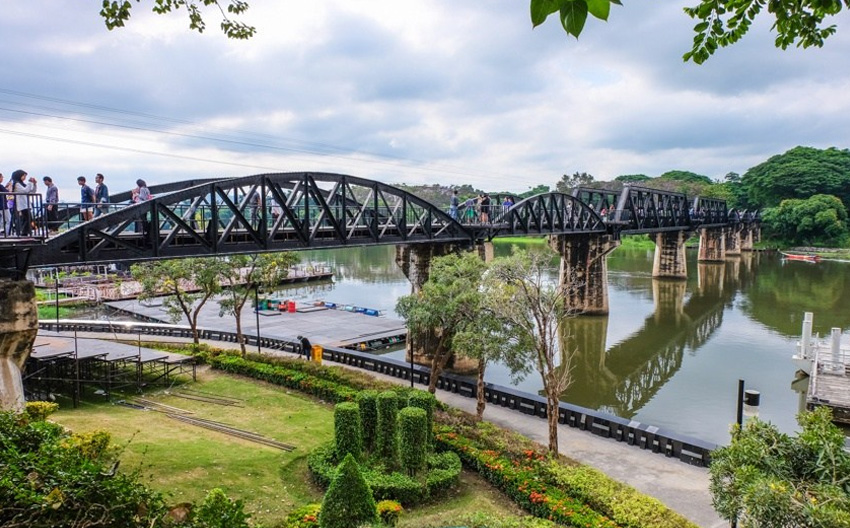 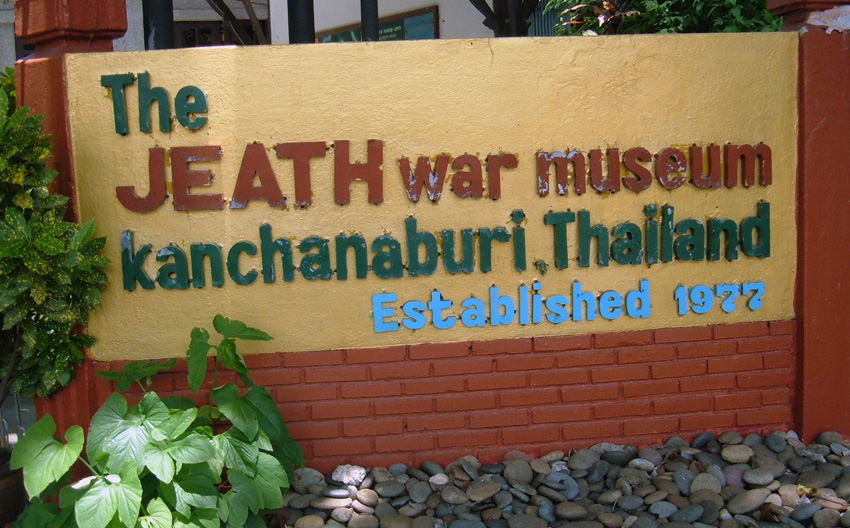 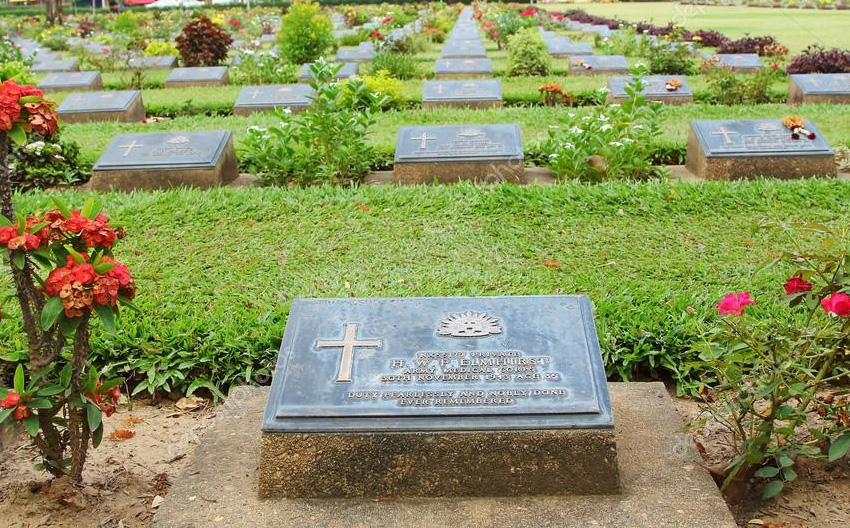 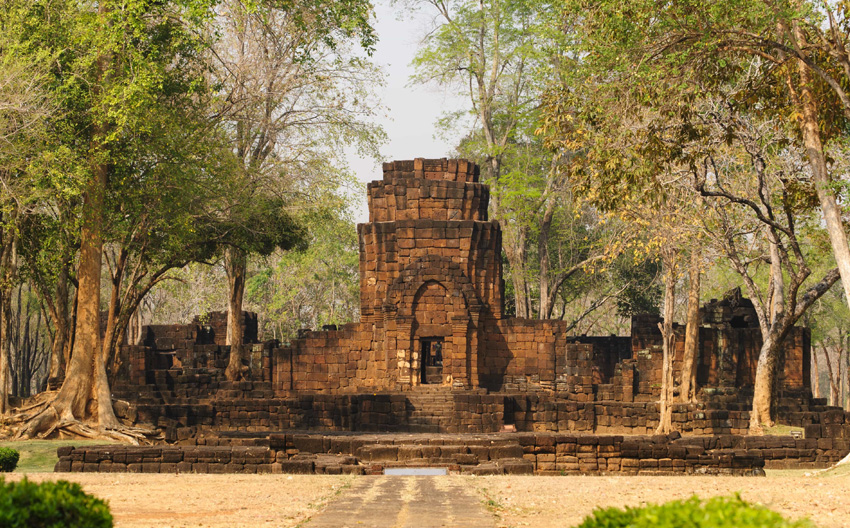